We’ve all had a laugh at the Rocky training montages over the years, but not so long ago the average fighter’s preparation wasn’t a million miles away from necking half a dozen raw eggs, pounding the pavement to exhaustion and blattering seven shades out of frozen and unsuspecting animal carcasses. The elite warriors of today are more discerning characters, however, and their physical preparation for battle must be tailored accordingly.

Leading the way in Ireland over the past decade has been the Irish Strength Institute, a personal training service founded by John Connor and Eoin Lacey in 2004. The pair have opened three facilities in Dublin and one in the Algarve, and have quickly grown into the premier strength and conditioning and nutrition specialists in the country. When Conor McGregor’s head coach, John Kavanagh, came calling in 2008, Connor and Lacey set up the strength and conditioning unit within Kavanagh’s famed Straight Blast Gym in Dublin and agreed to look after all his MMA fighters.

Speaking to Connor a couple of days before his most famous client aims to become the first man to hold two UFC belts simultaneously, the 36-year-old coach is reflecting on when he first met McGregor. “Conor had only had a few fights and was nowhere near the UFC at that stage. It was around the time Tom Egan became the first Irishman in the UFC and it was dawning on John Kavanagh that he couldn’t keep doing absolutely everything himself. So John invited Eoin and I in and we took over the nutrition and strength and conditioning side of things. We’ve worked with a host of UFC stars including McGregor, Cathal Pendred, Paddy Holohan, Gunnar Nelson, Artem Lobov and Aisling Daly, and we’ve all had great success together.” 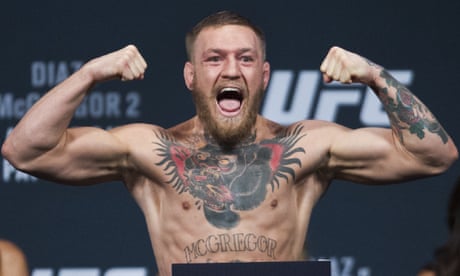